A late-career change of heart leads to a dangerous life on the run for two seasoned assassins whose complex relationship masks a dark past in Shadowboxer, Lee Daniels‘ pulpy film noir. But when Rose is diagnosed with terminal cancer; she decides to carry out one final killing.

Unfortunately, it fails miserably. Even the fine acting can’t save this creepy, icky flick.

Violence, sex….it only merits the half star on the Word of Mouth Scale because of the great cast…and Cuba Gooding’s great backside

She’s hooking up in a coffee shop with Jeff, a guy she’s met on the Internet. And even though he’s a cute, smooth high-end fashion photographer in his early 30s, Hayley shouldn’t be suggesting that the two of them go back to his house-alone.

Here is where the Word of Mouth Scale gets confusing; this was quite a good movie but, due to the subject matter and graphic presentation, I can’t recommend it to most of my circle. I can’t imagine my mother enjoying it, after all.

This is an interesting concept, fairly well executed. You need to have pretty tight writing and extraordinary performances when the entire story involves two characters on one set. The dialog is crisp and intense and the actors are up to the challenge.

Movies generally require a suspension of disbelief, and this one is no exception. It clings precariously close to the edge for so long, I thought it would make it all the way. Unfortunately, just before the bathroom scene (you’ll know it when you see it) the train jumps clean off the tracks. There were moments after when I thought they were going to manage to regroup and bring the story to a convincing conclusion – no such luck.

I still think it is a really good movie, an original concept, a risky staging……just not great.

And it is very graphic – so

“Disturbing, controversial, but entirely engrossing, Hard Candy is well written with strong lead performances, especially that of newcomer Ellen Page. A movie that stays with the viewer long after leaving the theater.”

In 1959, Truman Capote learns of the murder of a Kansas family and decides to write a book about the case. While researching for his novel In Cold Blood, Capote forms a relationship with one of the killers, Perry Smith, who is on death row.

I must confess at the start of this review that I went into this viewing expecting the best. I think that Philip Seymour Hoffman is one of the best actors working right now, and find his performances enjoyable even in less than stellar movies. I also, generally, enjoy Catherine Keener, and I had heard that this movie was a knockout.
END_OF_DOCUMENT_TOKEN_TO_BE_REPLACED 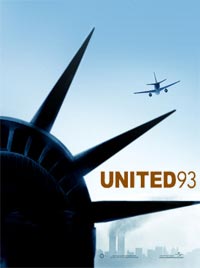